Leadership: Are You Conflict Averse? 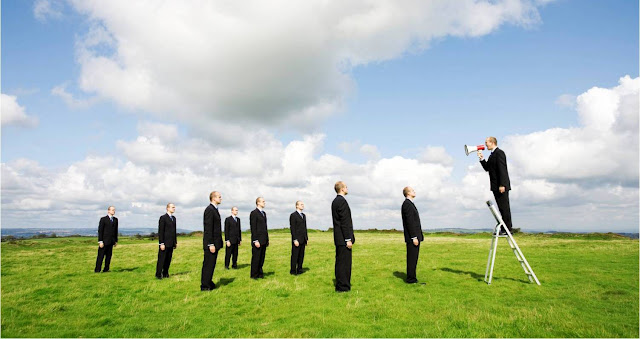 Question: There is some bad blood brewing within my worship team. Right now I have two people in the band who argue at every rehearsal, a couple of singers no longer on speaking terms, and a pocket of people upset with me because they’re not singing as often as they’d like. I really hate conflict. It makes me want to quit and run away. I don’t understand why we all just can’t get along. Thoughts?

Answer: I don’t know of anyone who loves conflict, but it’s something every leader must learn to deal with. Your case may prove challenging because it sounds like you might be conflict averse—that you’d rather avoid problems than aggressively seek to resolve them. Leaders who are conflict averse tend to gloss over messy issues, wish them away, or withdraw. Meanwhile, team morale erodes and unity unravels, so it doesn’t serve you well to sweep those sticky matters under the rug.

In my younger days, conflict used to paralyze me. I would lose sleep over the least bit of friction within my ministry. I even took it personally, assuming that any semblance of conflict casts a bad reflection on my leadership. I’ve since learned that every ministry has its issues. The question is whether I, as the leader, rise up to do something about it or not.

Be Proactive
In 1 Chronicles 28:20, an aging King David exhorts his son, Solomon, to proactive leadership: “Be strong and courageous, and act” (NASB). The ESV translates that last part, “Do it,” and the NIV reads, “Do the work.” No matter the translation, the language is assertive. It’s as if David is saying, “Solomon, you’re the leader. Do something about those pesky problems.” In the same way, I urge you to be proactive. Don’t wait for problems to go away or solve themselves. If you care about your ministry and your people (which I’m sure you do), then take action. Assert leadership.

Firmly, But Lovingly
Ephesians 4:31 instructs us to put away all bitterness, wrath, anger, clamor, slander, and malice. Good advice when you’re just about to confront someone. Leave your anger behind. Don’t use an accusatory, harsh, or vindictive tone. Be humble and speak lovingly to those involved.

Kickoff With Questions
Instead of opening with harsh accusation, I find that beginning the conversation with a question starts dialogue in the right direction. For example, I would ask those two band members if they’re aware of the effect their arguing has on the rest of the team. I would pull those two singers together and ask, “What would it take to restore your friendship?” I would meet with those who are upset and ask, “How can we work toward peace in our relationship?” Those may not be the right questions. You know your situation better than I do. But the point is that, instead of going into the situation with some ax to grind, you ask questions that foster constructive communication.

Confront Observable Behavior
Whenever you confront someone, limit your remarks to behavior that can be seen with the naked eye. If you were to accuse someone of harboring a bad attitude, for example, they could easily reply, “No, I don’t,” and the conversation would be over. That’s because attitudes are intangible—you can’t see or hear them. Besides, you’re not inside the person’s head. You don’t know what he or she is thinking. But if you were to say, “I heard that negative remark you made at rehearsal last night. Did you really mean that?” you’d be referring to a specific incident. Pointing out the irrefutable remark would make it easier to get at the heart of the issue, which could very well be a bad attitude.

I don’t know anyone who isn’t conflict averse to some degree. Like I said, no one loves conflict. However, with practice, you can get better at confronting and your ministry will be healthier as a result. In the meantime, may God grant you the courage to face any and all problems in your ministry and the wisdom to effectively deal with them.

Rory Noland (heartoftheartist.org) directs Heart of the Artist Ministries and is the author of Worship on Earth as it is in Heaven: Exploring Worship as a Spiritual Discipline.

Posted in All, Articles